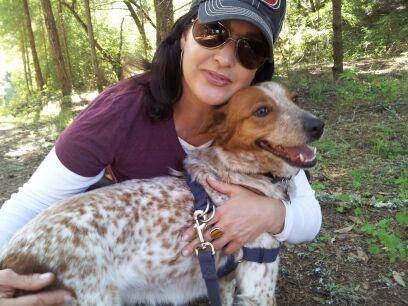 She dines some place called the mess hall. The food is sorted by color and texture. Yellow. Runny. Stringy. Brown. Something sweet and then the inedible thing. She thought food was something special before she came here, this place that could be the end of the earth for all that has been drained away.

She sleeps in the barracks hut, b-hut, what she learns to call the hooch. It is temporary housing, but there is nothing to replace it. Hooch meant something different where she grew up. It meant drink so strong people renamed you when you drank it. Her squad mate tells her hooch is short for hoochinoo, firewater, something the Tlingit distilled and sold to the miners during the Klondike goldrush.

At night, when they listen for everything and hear nothing, when the thin walls of the hooch make them more target than protection, her squad mate tells her all kinds of things about the people of the tides, her people, and the Alaskan coastline that is her home. She closes her eyes and tries to picture the steep mountains and horsetail falls, the miles of scalloped bays. Her squad mates describes her village down the exact colors of the wolf crest, the teal, black, and red protector painted above her family’s front door.

She says nothing of her home. It eases the longing to return. When she enlisted, she had not known, could not know, what it would be like to live here, a place that is both the beginning and the end of the world.

Outside the hooch, the land drops down toward the dusty city and the river that is little more than a trickle until the snow melts and the water rushes from the mountains toward Jalabad before flowing across the border. Most of the trees have been harvested and they too traveled south, leaving the mountains barren, plucked of their feathers like a chicken, pink and bloody, stripped of its plumage.

Her grandmother taught her how to kill a chicken, how to clean it and coat its naked skin in buttermilk, then flour. They cooked together every Sunday until she died, making food as an offering to family, to god. That was back in Tennessee where the hills are green year round. Not here, this place that it so barren she wonders if god has turned his back on it. This hooch, this night she prays to live through, and the day that she hopes may never come.

Come, I am going to tell you a story, he would say, and she’d crawl on her grandfather’s lap and wait for the world to split open.

Clear Sky and Fair Maiden were sisters, he told her. Clear Sky was beautiful and cleaver while her sister, Fair Maiden, was quiet and kind. Which one am I, she asked. He kissed her head. You are cleaver and kind, he told her. Hush now, I am telling you a story. And she’d snuggled deeper into her grandfather’s lap.

Clear Sky and Fair Maiden were sisters, he began again. The sisters shared everything, including a husband, which was the way back then. Clear Sky captured most of her husband’s attention and the first children were hers. But after many years, her husband was drawn to the gentleness of Fair Maiden and spent more nights in her bed.

It is hard for one man to please two women, her grandfather told her. Although she was too young to know what he meant. Eventually, Clear Sky became jealous of the ease with which Fair Maiden and her husband bent over the fire together. One day, Clear Sky stormed off. Every hour she traveled, her family slipped further and further into the distance. Eventually she stopped. She was tired and she missed them. But she was stubborn and would not return. So she drew herself up into the highest mountain and watched her family from a distance above the blur of the trees.

When she joined the military, her grandfather gave her his badge from the Alaskan Command and told her that he would draw himself up into a mountain peak high enough to see over the Sulaiman range to watch over her. He was old and didn’t understand that she was flying combat missions for the Airforce. It was she who would watch over them.

She is Gooch Naa, people of the wolf clan. She is from a long line of warriors. But she carries a picture of Annie Oakley in her breast pocket, a sharp shooter and star of Buffalo Bill’s Wild West Show. Oakley was born of Quakers, but she taught upwards of 15,000 women to use a gun.

When she flies, she imagines the joy stick is a pistol in Oakley’s hands. But she too makes history. She is one of four women who completes the first all female Airforce combat mission.

Back home they call her cha’ak’yéis, young eagle, but she calls herself Clear Sky. When the clouds come, they wrap themselves around her legs and from her feet wash the steps of rain.

Every night she dreams the same thing. They are locusts swarming the dry landscape, eating every speck of life, leaving nothing in their wake.

Most days she watches the check point. Her job is to search the women who pass through. The male soldiers cannot touch the women. Or rather the women cannot be touched by unknown men.

She grew up with three brothers. The summers crackled with mosquitoes and the hands of boys. She knew them all, but she always fought back.

Yesterday, the male soldiers were talking about snatch. Snatch is not a military term. Snatch is something seized or grabbed suddenly. Snatch is a word for female genitalia, the word for taking a woman against her will.

There are many hours of waiting in the blistering sun. The horizon blurs. She can see a swarm of insects hovering. She straightens her rifle, stands erect.

She knows the odds. Women in the military are three times more likely to be raped than women in the general population, and even their odds are not good. She has learned to sleep with one eye open, her weapon tucked like a good luck charm beneath her head.

When the unit rotates from the checkpoint to patrol she is relieved. There is less time waiting. From the tank, she scans the perimeter for weapons, dogs, men, bombs, everything that makes up the street and what lurks beyond.

After a roadside bombing, they are ordered to enter every home within a few miles radius. She is responsible for calming the women and children, for removing them from harm. She leads them outside into the courtyard while the men wage war inside.

Locusts are nomadic. They swarm when overcrowded, when too much tactile stimulations induces them to eat staggering amounts of vegetation, to breed at an astounding rate. There are stories of locusts plaques in the bible and the quran. In response to the decimated crops, the people ate the insects. Locusts are both kosher and halal.

In the courtyard she waits with the women and children. One of the women sings something that sounds like a bird’s cry. The baby in her arms reaches a small hand toward her mouth, trying to touch the trilling lips.

Overhead a helicopter unit scans the area for militants. The plane is the color of sage brush, its blades moving as fast as insect wings. The locusts are hundreds of miles away, but she can feel them swarming. They eat their own body weight and at night, travel with the wind. Don’t worry, she tells the women and children, they will be here soon.

you are in point of fact a good webmaster. The site loading velocity is amazing.
It sort of feels that you are doing any unique trick.
Furthermore, The contents are masterpiece. you've done a wonderful job in this matter!

Hello are using Wordpress for your blog platform?
I'm new to the blog world but I'm trying to get started and create my own.
Do you need any coding expertise to make your own blog?
Any help would be greatly appreciated!

Its like you read my mind! You seem to know a lot about this, like you wrote
the book in it or something. I think that you could do with a few pics to
drive the message home a bit, but other than that, this is wonderful blog.
An excellent read. I'll certainly be back.

At this time I am going away to do my breakfast, later than having my breakfast coming again to read more news.

Lush with elemental imagery, Aja Couchois Duncan’s Restless Continent communes with a North America that speaks elegiac, celebratory, and melancholic histories human and geological. In this collection, the body of that land and those histories fuses with the body of Duncan’s language, the body of memory, and the physical body. Intertwining English with Ojibwe, this debut collection of poems ominously hails and holds us in its ethereal sound, bearing sharp witness to the ruptures perpetuated by the violences of humanity—bodies and lands colonizing and colonized, naming and othering, stamping life into disappearance—while inviting us to forge with Duncan the mythologies that suffuse her poems with crystalline grace and gratitude.

To Get a Copy of Restless Continent

Restless Continent was selected by Entropy Magazine's Best of 2016.

To get a copy, please contact the publisher Litmus Press or the distributer Small Press Distribution.

To get a copy of my chapbook

Email me at aja.duncan@gmail.com. $15 gets you a copy of the hand-stiched chapbook delivered by the US postal service.
For large orders, please contact the publisher, CC. Marimbo press.

Anthologized in Biting the Error

Aja Couchois Duncan is a social justice coach and capacity builder of Ojibwe, French and Scottish descent who lives on the ancestral and stolen land of the Coastal Miwok people. Her debut collection, Restless Continent (Litmus Press, 2016) was selected by Entropy Magazine as one of the best poetry collections of 2016 and awarded the California Book Award for Poetry in 2017. In 2020, Sweet Land—a collaborative opera project which brought together composers Raven Chacon and Du Yun, librettists Aja Couchois Duncan and Douglas Kearney, and co-directors Cannupa Hanska Luger and Yuval Sharon—was produced in the Los Angeles State Historic Park to critical acclaim. Her newest book, Vestigial is forthcoming from Litmus Press in the spring of 2021. When not writing or working, Aja can be found running the west Marin hills with her Australian Cattle Dog Dublin, training with horses, or weaving small pine needle baskets. She holds an MFA in Creative Writing from San Francisco State University and a variety of other degrees and credentials to certify her as human. Great Spirit knew it all along.